Nolensville's Walt Jacques poses on the stage of the Historic School in Nolensville April 9, 2019 with WWII medallions he earned during service in the navy. Jacques was part of the landing at Normandy on D-Day, became stranded on the beach when his ship was disabled and joined with the Rangers. After fighting across Europe for several weeks he was sent back to the Navy and on to the South Pacific. There he was involved in several campaigns including being one of the first ashore after the bombing at Nagasaki. Photo published in the June 19, 2019 issue. 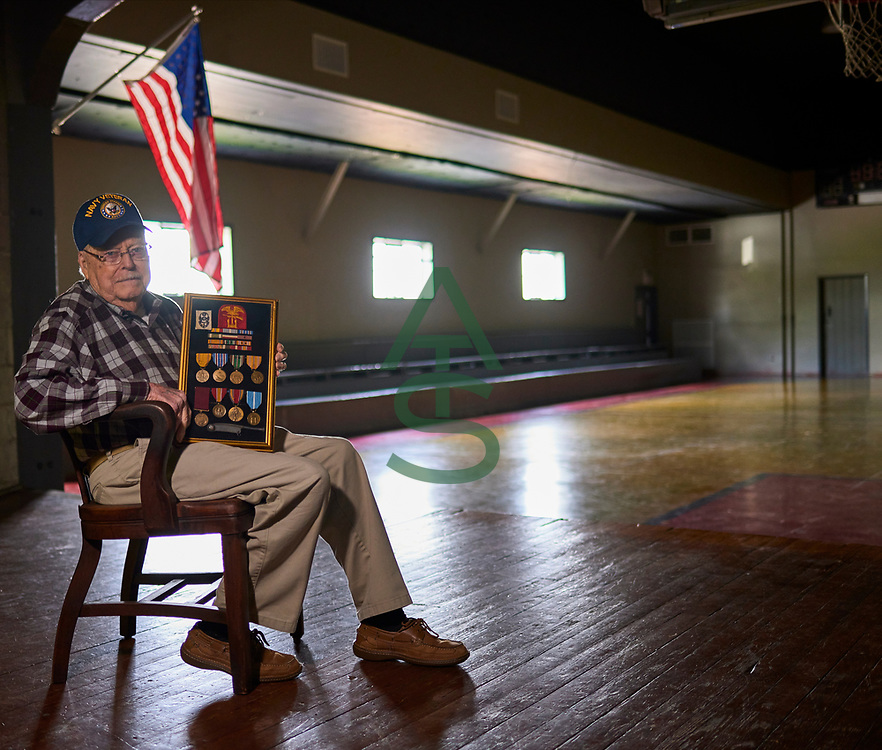